But for just a minute, forget about your wallet. Because, we gathered the world’s best programs. These are some of the programs that adds professional feel.

Although, premium programs have an added advantage of freedom and a wide range of tools to work with. Nevertheless, It’s always best to start up with recommended free audio production softwares. You can switch up later as you advance up the radar into a pro music maker.

In this article, we have compiled a shortlist of free Windows digital audio workstations, editors, plugins and synths. The list also carters across platforms such as Mac, Linux and more.

Audacity, is a free, open source audio production software and cross-platform DAE. Not a Digital Audio Workstation (DAW) like FL Studio.  Although it can do both. Audacity’s main focus is on audio data manipulation. It is an easy to use, multi-track audio editor. Available for Windows, Mac OS X, and Linux.

Audacity has an easy to use interface. Real-time preview and support of LV2, VST and audio units. Import, edit and combined files with ease. Recording file export extension include MP3, Wav etc. It records live audio through a microphone, mixer.  If you have an ear for high quality audio. Audacity packs in a support system for 16-bit, 24-bit, 32-bit.

LLMS is a cross-platform music production software. Available on Windows, Mac OS, and Linux OS. This is an easy to use beat making program.

LMMS comes bundled with a wide array of ready to use content. From instruments, effect plugins, and presets. To samples, VST and SoundFont support. LMMS is also compatible with external software.  It comes with five editors for creating melodies (Song Editor). Beats (Beat+Bassline Editor). And (FX Editor) for mixes and sample rearrangements. Export files into MP3, AIF, and Wave.

In T7 the Tracktion team threw in some cool features. Which saves time and inspire experimentation. The T7’s automation feature. Is a fast way to apply precise movements to anything in your edit. Just choose a parameter to automate, apply pattern. it’s that easy! Other features include: LFO Modifier, Clip Layer Effect.

Although, DarkWave is free, it comes with adware. However, it is a bit overwhelming for most beginners. Due to options and settings being in separate windows and menus.

Aleton Live 9 is a great Digital Audio Workstation. Live 9 is a free version of Ableton Live. Which packs a price tag of about $350 for standard version. Designed for live performances, remixing of songs, and music recording.

It lets you create, produce music within one intuitive interface. Live keeps everything in sync and works in real-time. So you can modify and play musical ideas without interrupting the creative process. Comes with versatile collection of instruments, sounds, kits and loops for creating any kind of music.

Whether you are a songwriter, independent artist, producer, or composer. These free music softwares, have the instruments for an all round music production. 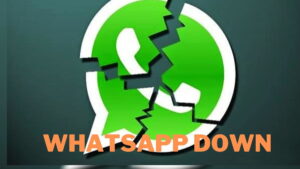 WhatsApp is Down in Zambia: here is how to fix it