Eager Kapambwe, was born and grew up in Mansa, Spark Compound of Luapula Povince, Zambia. He is the first child in a humble family of four.

His High School education can be traced back clearly to Our Lady of Mercy School. This is a school that introduced him to leadership, where he served as the Head Boy.

Although, his poetry abilities stem way back to his young days, 2018 is the year Eager became an active and serious poet. A move triggered by his brother’s illness. Coupled with the help of his pastor, he polished up on his poetry writing ability. And says, “I thank Pastor Genesis, for taking it upon himself to groom the talent that I had just identified out of a predicament. This made me to see the good in every sticky situation.”

Eager, faced a lot of Challenges and still faces them, but with time he understood and still understands that everyone goes through challenges in every field they choose to venture in.

When asked some of the people that inspired him as well as helped to establish himself, He responded;

“At the time I began poetry, my main audience were congregants at Liberty Assembly Church International. Under the leadership of Reverend John Kalombo who fully supported, mentored and gave me a platform. Secondly, Pastor Genesis of Royal Believers Assembly.

This is the inspiration behind the name Royalty, especially in Lusaka, he’s always by my side with amazing support. Not forgetting my mother who has been quite consistent in reminding me how much of a great poet I am. She makes me forget all the challenges I face and helps me forge ahead.”

Eager Kapambwe’s poetic projects, have over the years earned him notable recognition by organisations such as the Plan International Zambia. He writes unique customised poems which involves current affairs. This keeps him hoping for more contracts.

Eager’s happiest moments are brought by people who call or text him. Saying, any of his poems brings out the emotional healing. Through helping them get rid of depression or changing their perception on something. It gives him at least a fair number of such moments each time he puts out something. This motivates and keeps him going

Eager, is not only a poet but a radio presenter, news caster, producer, script writer and voice over artist. He is currently working at a local radio station in Luapula.

He uses his radio programs as a platform of helping other poets to gain even the smallest amount of recognition. This is because recognition is needed for business.

He also uses his social media platforms to encourage upcoming poets. His helping hand goes as far as partnering with them on poems.

So far he has worked on a number of projects. His favourite poem is called YOU HAVE ENOUGH which he did with another prolific poet based in Mansa by the name of Mapesho Kabulaya.

Poets are different people with different perspective of life. That’s why they see and define things around them differently. So Eager’s content and delivery draws a very thick line between him and other poets.

His vision and goal is to touch souls and bring change in his community. Bacause certain things can be dangerous to young ones if left unchecked. so when he writes, his main focus is to make sure whoever gets to listen to his poems finds healing to the inside. Even from things they cannot share with anyone.

When asked what advice he can give to a youth trying to pursue their dreams in Zambia. He responded;

“Hardwork combined with authenticity and discipline is the way to go. You need to be persistent. All these qualities may not bear fruits as soon as you wish or expect, but they will definitely pay off at the right time. Competing is okay, but it should not bring hate and jealous because the world may be small. But it’s big enough for everyone to achieve anything in their own space. But only the hardworking, Determined, Focused and Persistent make it through the tough phase of life to fulfill their purpose”.

At such a young age, Eager Kapambwe has grown the ability to speak life and breathe hope into a hopeless life. Indeed Eager is an inspiration to young people in Mansa, but also Zambia at large. 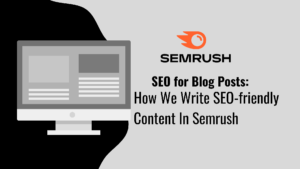 SEO for Blog Posts: How We Write SEO-friendly Content In Semrush 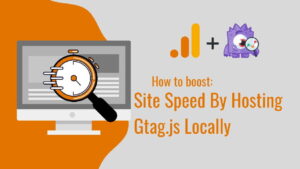 How to Boost Site Speed By Hosting gtag.js Locally 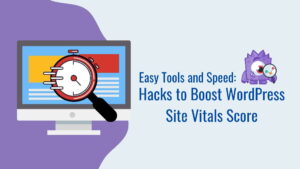